Times of Unrest, Polarity and Amplification of Difference

We live in complex times with increasing social unrest, fragmentation, polarization and a nastiness arising in the expression and defence of differing perspectives or worldviews – not always even whole worldviews but just slices of them. Our long standing organizations and institutions are failing us and the disturbances are making visible deeper patterns that have existed for a long time in the social, political and institutional fabric that makes up our social systems, our countries and our collective and individual sense of who we are. These underlying patterns and dynamics we have, for the most part, turned a blind eye to (depending on who or what your reference groups are as some do not have the luxury of turning a blind eye) and they have been simmering, waiting for a time to erupt. 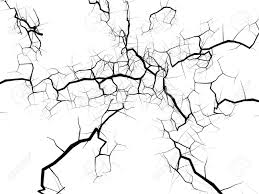 Now they are erupting in many places in the world at the same time, offering zero-sum polarization – it is either this or it is that. US politics, Brexit, Austria and even the last election in Canada are examples of the polarization of views – polarized on points of distinction that are reinforced by individuals’ or groups’ reference groups. The spectrum of identification is being stretched right now and includes from individual, to family, to tribe, to tribes of tribes, all the way to everyone on this planet and all of life and ultimately the universe. A question is how to hold both individuation and planetary unity in the same breath.

Reference groups hold substantively similar perspectives on specific issues. They reflect back to us our worldviews, blinding us to the fact that others may see the world somewhat or substantially differently – which is why we can be surprised by election results, by who does or does not have support. We filter in the “facts” that support what we want to see and filter out the ones that don’t fit with our view of the world.

What we are seeing in the US, even amongst voters within a party, is individuals latching onto “news” stories that support their worldviews, harshly dismissing “news” stories that contradict their views and this dismissal and harshness extends to other people who hold a differing perspective. We live in time of an abundance of data, not facts, as William Davies said in his post on Thoughts on the Sociology of Brexit.

When we begin with difference, we amplify it. Difference is becoming the starting point in so many of these discourses, even in the ones where worldviews might overlap or be aligned on the majority of issues or questions. When we can find points of connection first, we can explore difference in a healthier, more constructive and expanded way. When we can become curious about how we  and others see the world, about how history informs the present and the future and be willing to look at individual and collective practices to see what they support and bring to life, we are much closer to an exploratory space to move us forward. 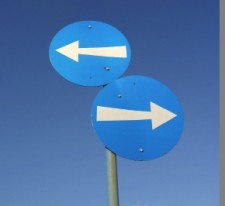 Polarities reduce the complexity of any given subject to either or. And a referendum like Brexit reduces complexity to absurd simplicity. When people believe the data they are paying attention to are the facts, arguments about data take place where nobody is really talking to each other but everybody wants their point to not just be heard but to be blindly accepted by someone with a different view. Many of the arguments put forth by vocal politicians or candidates are not supported by facts but are made up stories laid out with blustery, often bullying noise as if daring to question is a wrong in and of itself. It cuts off avenues for exploring different views.

Institutions and political parties are failing us and have been doing so for a very long time. They are operating in forms that sufficed for the last century but not for this one. This lends itself to the disturbances that sprout up around growing social inequities and injustices – real and perceived – that are cloaked in isolationist, protectionist language and a return to a romanticized notion of a past that never existed. Or in proclaiming the “freedom” to speak one’s mind outside of political correctness. It’s not about politically correct language. It’s about the intensity of disappointment, violence, anger and frustration that has been pent up over time and now focused with fear on what we do not know. And people are not stopping to ask how they know what they know, how they know what they believe is true.

The choices that the electorates are making are not, for the most part, unanimous or clear in one direction or another and the issues will not go away with a decision that borders on 50/50 or an election result that puts one party or entrenched ideology in power over another. The divisions stirred up in the US or countries that are part of the EU are not going to disappear and especially not as fears are played upon. They will become more insistent.

Does it take whole scale collapse to get to a new order? Maybe so. It seems we may not get there by extending existing forms or practices. Philip Horvath and others say the collapse is inevitable. On the plus side, collapse is always followed by expansion. Right now, we might not be able to see our way there as we hunker back into individualism and isolationism with some people longing for a future that looks like a romanticized version of a past that never existed and others calling on a future that looks entirely different but is uncharted territory. We need to ask the questions. Lots of questions – about how the practices of our organizations and systems are not aligned with the values and hopes espoused and why the reality we experience is no longer holding together. What is a future that embodies multiple narratives minimizing fear but seeing possibilities?

The Worldview Intelligence framework so far has been surfacing hidden patterns through an inquiry sparked by the six dimensions of reality, explanation, future, values, practices, and knowledge. We are curious to see if it might bring a new opportunity to enter back into conversation about the things that matter, to find our ways beneath and around the hostilities to find ways forward on issues that affect us all. And we’ll have a chance to discover what the possibilities might be in the upcoming programs in Minnesota and Germany this fall where these topics that are alive and real in the world will be alive and real in our explorations.

Building Trust and Relationship at the Speed of Change BOOK AVAILABLE NOW!
+